Hosting the European Conference on Politics and Gender (ECPG) at the University of Amsterdam is a dream come true for us! The Amsterdam Research Centre for Gender and Sexuality (ARC-GS) exists to promote research in our field, and there’s no better way to do that than by bringing together our growing international community.

Amsterdam has a complicated history. In the 17th century it was the centre of a globe-spanning colonial enterprise geared towards exploiting people and riches elsewhere in the world. That colonial legacy reverberates to this day. Many UvA buildings in the old city centre have a troublesome past in this respect, most notably the old headquarters of the East Indies Company.

Also in the 17th century, Amsterdam offered a safe haven for people fleeing religious oppression elsewhere in Europe. The philosopher most closely associated with Amsterdam, Baruch Spinoza, was of Portuguese Jewish descent. He was far ahead of his time when he proclaimed that the goal of the state should be to guarantee individual freedom. That, too, is part of what our city stands for.

In the 1970s, Amsterdam became a hotbed of feminist and gay activism. These emancipatory movements resonated inside the University of Amsterdam. In the 1980s, the UvA launched a “Lesbian and Homosexuality studies” programme alongside the already existing women’s studies program. Since then, these programmes have evolved into gender and sexuality studies.

As your host this year, the Amsterdam Research Centre for Gender and Sexuality (ARC-GS) is a descendant of those academic initiatives. ARC-GS has become the central hub for the study of gender and sexuality at the UvA. It integrates sociology, anthropology, political science, social geography, international development studies and science and technology studies. Founded in 2010 and embedded in the Amsterdam Institute for Social Science Research (AISSR), the centre provides an interdisciplinary forum for research and teaching in gender and sexuality at the UvA.

Anno 2019, critical scholarly reflections on gender and sexuality as well as race are under fire in some quarters. At the same time, we also observe a growing awareness in society and politics that gender equality and diversity more generally deserve sustained attention.

We are proud to host the ECPG and contribute to strengthening our community and its research and showcasing its intellectual riches to the world. And while we wish you an inspiring and productive conference, we also hope you will find time to reconnect with old friends, make new ones and enjoy what Amsterdam has to offer. 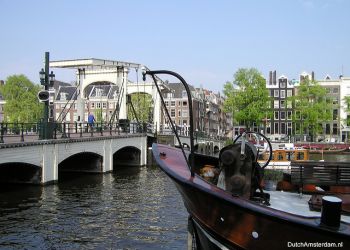